Raphaële Green and Emma Posman, soloists of the MM Academy
Accompanied by a chamber music ensemble of La Monnaie/de Munt 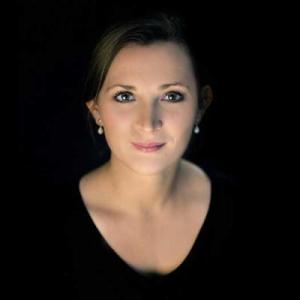 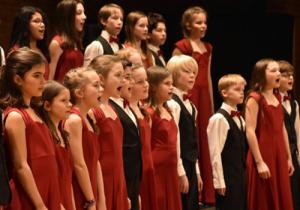 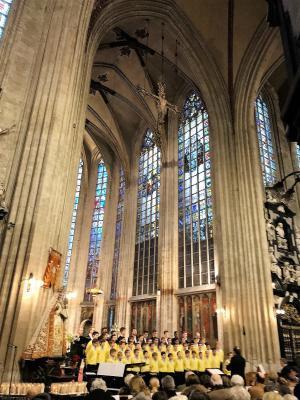 The Pastoureaux "Waterloo boys' choir"
Sunday, 17 December, 2017
Christmas carols
Founded in 1974, the Pastoureaux boys’ choir is composed of more than 60 boys aged 7 to 14 years, whose voices vary soprano into alto. About 20 young adults and adult singers add to the choir for tenor and bass vocal range. Among the Pastoureaux, about 20 children take part in the Cantate Group: they are even more hard working children who develop additional skills to address more complex or... 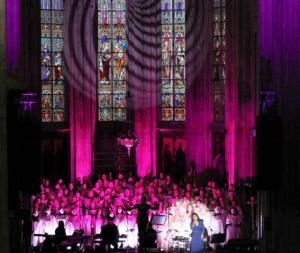 Varied songs including Christmas carols and a Medley of "Oh Happy Day"
Sunday, 18 December, 2016
Gospel for Life, quite a story…
Since December 2006, over 100 Gospel for Life concerts have been given in Wallonia and in Brussels to the benefit of humanitarian organizations. The first 10 tours attracted close to 90,000 enthusiastic individuals who came to enjoy the vocal colours and humanitarian dimension of the concerts.  Each evening, no fewer than 200 singers are on stage along with some great stars of gospel music. The... 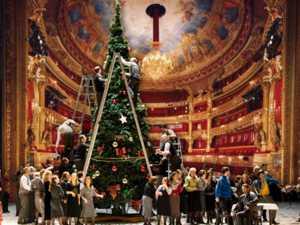 Christmas songs
Sunday, 13 December, 2015
La Monnaie Chorus
A capella or accompanied on the piano by Alberto Moro or the organ by Benoît Mernier, the 40 choir members of la Monnaie - de Munt gave a highly exceptional Christmas performance under the direction of Martino Faggiani. La Monnaie has had its own choir since it was created in the beginning of the 18th century.  Its workforce changed over time, according to its repertoire and guidelines. Since... 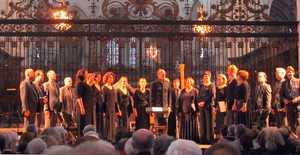 Christmas songs and Vespers by Rachmaninov
Sunday, 14 December, 2014
Vlaams Radio Koor
The Flemish Radio Choir was founded in 1937 by the Belgian public broadcaster of the day. Today it has become a choir of exceptionally high quality that counts both domestically and internationally among the top ensembles. The 24 professional singers rehearse under the baton of chief conductor Hervé Niquet in Studio 1 of the well-known Flagey building in Brussels, and perform throughout Flanders... 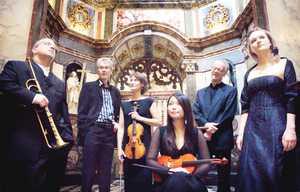 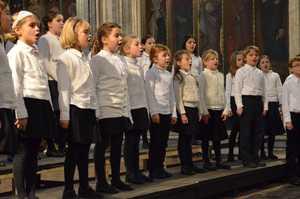 Christmas songs
Sunday, 16 December, 2012
The Children and Youth Choirs of La Monnaie - De Munt
The 140 young choir members dazzled the audience. 750 people could admire the talent of the Preparatory Choir, La Maîtrise and La Choraline, accompanied by Bruno Crabbé at the piano and Alisée Frippiat at the harp. The concert was quickly sold out! 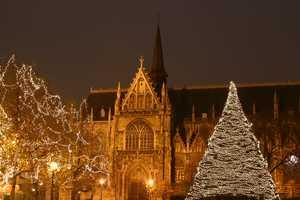 Christmas songs
Sunday, 18 December, 2011
"Le Chœur des Nouvelles Voix de Saint-Pétersbourg" (Photo: Pierre Bollen)
The choir counts among its members students of the Rimsky-Korsakov Conservatory and the State University of Arts and Culture of St. Petersburg as well as young music professionals.  The choir took part in many events, performing in the greatest concert halls of the city with a repertoire of both Russian and occidental work. 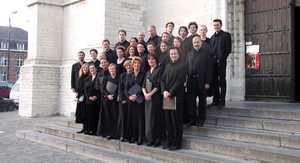 Christmas Carols
Sunday, 12 December, 2010
Vocal Ensemble Le Petit Sablon
The concert, which combined high quality with emotion, gave us the opportunity to hear masterpieces, such as Gabriel Fauré’s “Cantique de Jean Racine” under the direction of Thibaut Lenaerts. This Belgian vocal and instrumental ensemble sees to constantly ensure the pursuit of musical excellence with respect for authenticity.